What is the likelihood that the next drink you are going to have contains some of the water molecules drunk by Julius Caesar on the day he was assassinated?

Here I give an answer in this extended and fairly thorough article, where all potentially significant factors are considered. 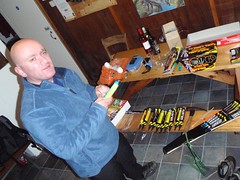 Bonfire night 2010
11 years ago ago at , Brynrefail, Wales, United Kingdom by Masa Sakano. cs
A tribute to my dear brave friend Loz Kissoon, who sadly lost his life on the incurable disease pulmonary hypertension. I look back at his legacy from a climber friend's perspective. 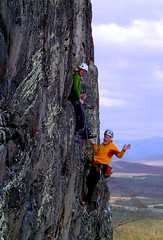 Legend
7 years ago ago at , , Scotland, United Kingdom by Masa Sakano. cs

As reported widely, two great climbers recently lost their lives in Ben Hope, Northern Highlands during climbing. They were Andy Nisbet and Steve Perry — both happen to be my good friends, to my greatest horror and sorrow.

Here I am writing about what my dear friends Andy and Steve were from my personal perspective. Their being may have perished, but their legacy will live for ever in me, their families, present and future climbers, and wider field. 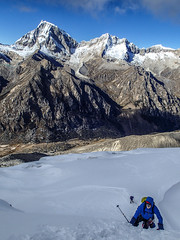 Bill climbing
3 years ago ago at , Chacas, Ancash, Perú by Masa Sakano. cs

The last two years have presented one of the most significant events in physics in my lifetime, that is, direct detections of gravitational waves and solid observational proof of the source in the most recent event. They are, as far as I am concerned, rather unexpected, and are very exciting to any one. Immediately before the most recent discovery, it seemed a strict embargo was in place for one of my friends, an astronomer. An institution-wide embargo is rather unusual, and it implies how exciting the news would be, and it was, as it turned shortly afterwards.

Here is my bold attempt to make a summary of the story of gravitational waves — what is significant and what is the implication? 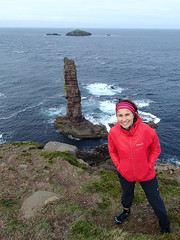 Michelle with the background of Am Buachaille
5 years ago ago at , Sheigra, Scotland, United Kingdom by Masa Sakano. cs 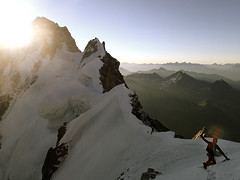 In and after Brexit, a vast majority of British residents and some people around in Europe are expected to suffer. Among those, the things will hit worst to the EU nationals that are living and/or working in the UK and British expatriates in Europe, totalling some 5 millions. Their future is very uncertain to say the least. Chances are they will lose both the job and residency, once the UK has withdrawn from the EU. The leading politicians in the UK have made no promise or given no assurance at the time of writing, a month after the referendum. Some hawks have even made a statement of dismissal of anything hopeful.

A few of my friends of British nationals that live in Europe are advocating keeping their status and rights. I was then asked what would happen if a similar thing happened in Japan?

That is an interesting question, if hypothetical. This is an answer from me, a Japanese expatriate residing in the UK.